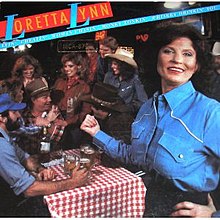 Lyin', Cheatin', Woman Chasin', Honky Tonkin', Whiskey Drinkin' You was released in May 1983. It was the first of Loretta's albums not be produced by Owen Bradley, who had worked on every single one of her previous solo albums. The album reached No. 60 on the charts and had two singles, the title track and "Walking with My Memories".
Powered by Lapero