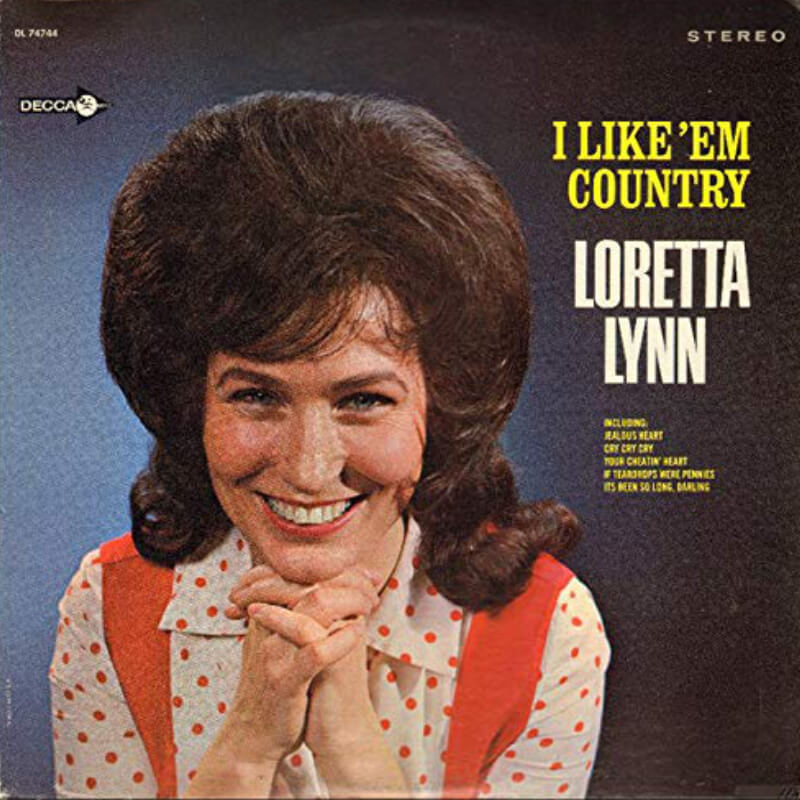 I Like 'Em Country was Loretta's first record to have two singles, "The Home You're Tearin' Down" and "Dear Uncle Sam", the latter of which was the first single written by Loretta to reach the top 10. The album itself was also a resounding success, reaching the number 2 spot.
Powered by Lapero