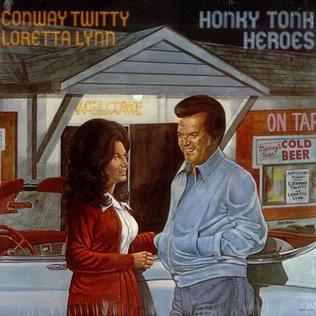 Their eighth collaboration together, Honk Tonk Heroes was also their eighth album release in eight years. The two Heroes, Conway Twitty and Loretta Lynn, were gaining strength still, as Honky Tonk Heroes became their first album to chart in Canada, where it reached No. 2, as well as peaking at No. 8 in the US. Its only single, "From Seven Till Ten", also reached No. 2 in Canada and No. 6 in the US.
Powered by Lapero