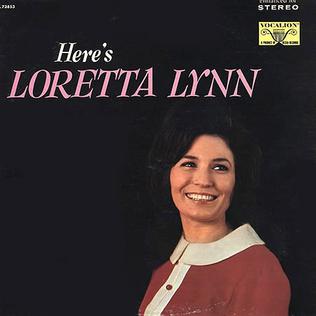 Here's Loretta Lynn was a complilation record of many of Loretta's early hits, before she had released any albums. It included all but two of her earliest singles with Zero Records; one of the omitted singles was her debut single, "I'm a Honky Tonk Girl". A lot of the songs included would later be re-recorded and included on later albums.
Powered by Lapero