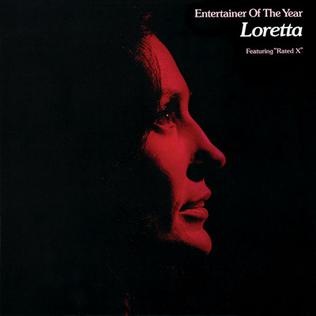 Entertainer of the Year, released in February 1973, was named after Loretta's achievement of becoming the first female artist to receive the Entertainer of the Year award from the Country Music Association. Its only single "Rated 'X'" unashamedly talked about divorce, as Loretta continued to sing about taboo issues. Both the single and the album were No. 1 hits.
Powered by Lapero